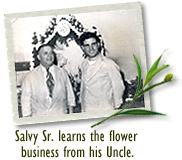 In 1962, an eight-year-old, Salvy Migliaccio, Jr., was already learning the flower business. Salvy watched his father's first flower store in Lynn, Massachusetts for a half and hour while Salvy Migliaccio Sr. went home to eat his supper. Salvy learned from his father the fundamental values of hard work. According to Salvy, his father could have succeeded at anything because of his remarkable determination. 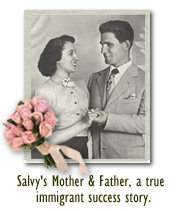 This is truly an immigrant success story. Salvy Migliaccio, Sr., who didn't speak a word of English, embraced the challenges America had to offer. By day he worked in Tony the Florist, his uncle's flower shop and at night he attended school. After many long hours and unfailing perseverance, Salvy, Sr. was able to open his own store in 1962. It was on Western Avenue in Lynn, almost across the street from his home. 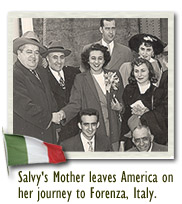 Salvy, Jr. inherited a great deal of his character from his strong, independent mother. In the late 50's, Connie DeBenedetto, Salvy's mother, journeyed alone to the small village of Forenza, in Southern Italy to meet, for the first time, her future husband, Salvy Migliaccio, Sr. Coming from the thriving city of Lynn, Massachusetts to Forenza, where people still used donkeys to get around, was quite an experience. 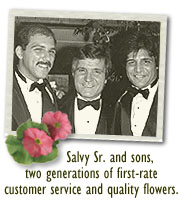 In the early 70's, Salvy, Jr. attended Boston University. After two years, he decided to go into business with his father. Together they opened a second shop at 231 Union St in Lynn. After three years of success at the two flower shops, the business expanded to a third location on Chelsea Street in East Boston.